HOW TO SEW LUMI THE SNOWMAN – EASY FREE PATTERN

We can smell winter in the air today, we got the first snow this weekend. What a joy for little ones, who already prepared the carrot, charcoal and old polka dot pot to make their first snowman this year.

But mommy didn’t have to wait for real snow, she knows how to build one just like that: 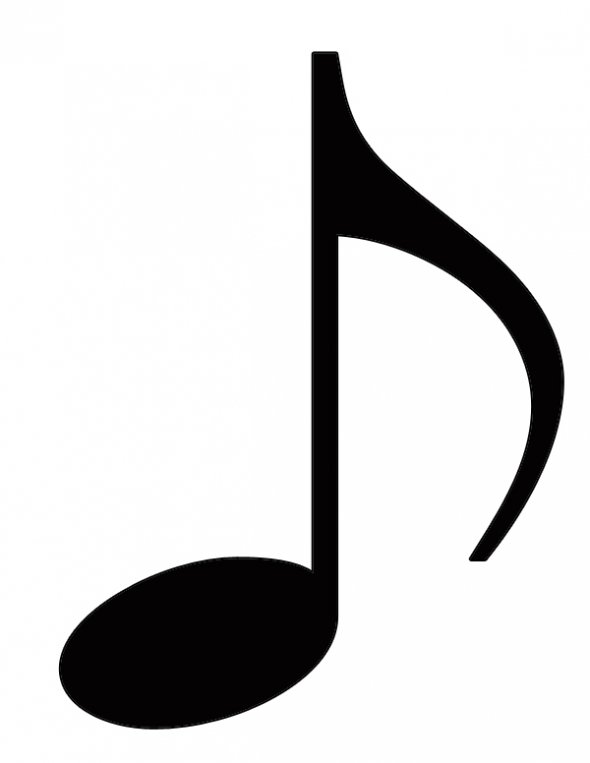 I BUILD A SNOWMAN
I built a little snowman. (Make large circle with arms)
He had a carrot nose (point to nose)
Along came a bunny (hold up to bent fingers)
And what do you suppose? (Shrug)
That hungry little bunny, (make bunny again)
Looking for his lunch, (hop bunny around)
Ate the snowman’s nose. (Pretend bunny is eating nose)
Nibble! Nibble! Crunch! (Pretend to be eating a carrot)

Do you know this song? It is a very cute little song to play with your little ones. This and more snowman songs you can find on everythingprescol.com.

Since mommy knows how to sew as well, she has sewn a little snowman for the little one, so that the waiting for the real snow was a little easier.

So, let me introduce you to Lumi the Snowman. His name comes from the Finnish word lumi, which means the snow. He is happy, jolly little fellow, that adores winter fun. In the evening, little tired from playing, and with red cheeks from the fresh winter air, he snuggles to warm bad to his playmate. He has a super power as well – he will never ever melt, that is what I promise.

Material you will need for sewing Lumi the Snowman

How to steps for sewing Lumi the Snowman?

Print your free Lumi the Snowman pattern, but don’t cut the pieces out just yet. Since sewing fleece may be challenging, I have used a small trick. Cut two squares from the white fleece, just a bit bigger than the snowman body and position them right sides together. Put the paper with printed pattern on the top and pin the head. See Teddy bear tutorial.

Cut four pieces for hands from black felt and sew two and two together. 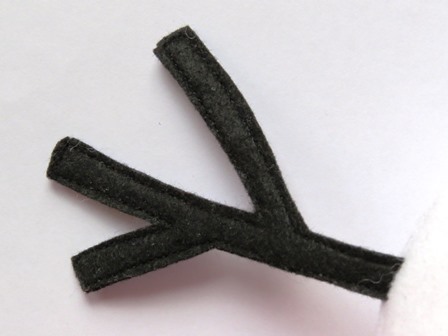 Make the nose from orange felt.  Fold the piece as shown on the picture and role it from the thick part toward the other side creating some sort of a cone.   Sew it together. You will get a firm carrot nose. 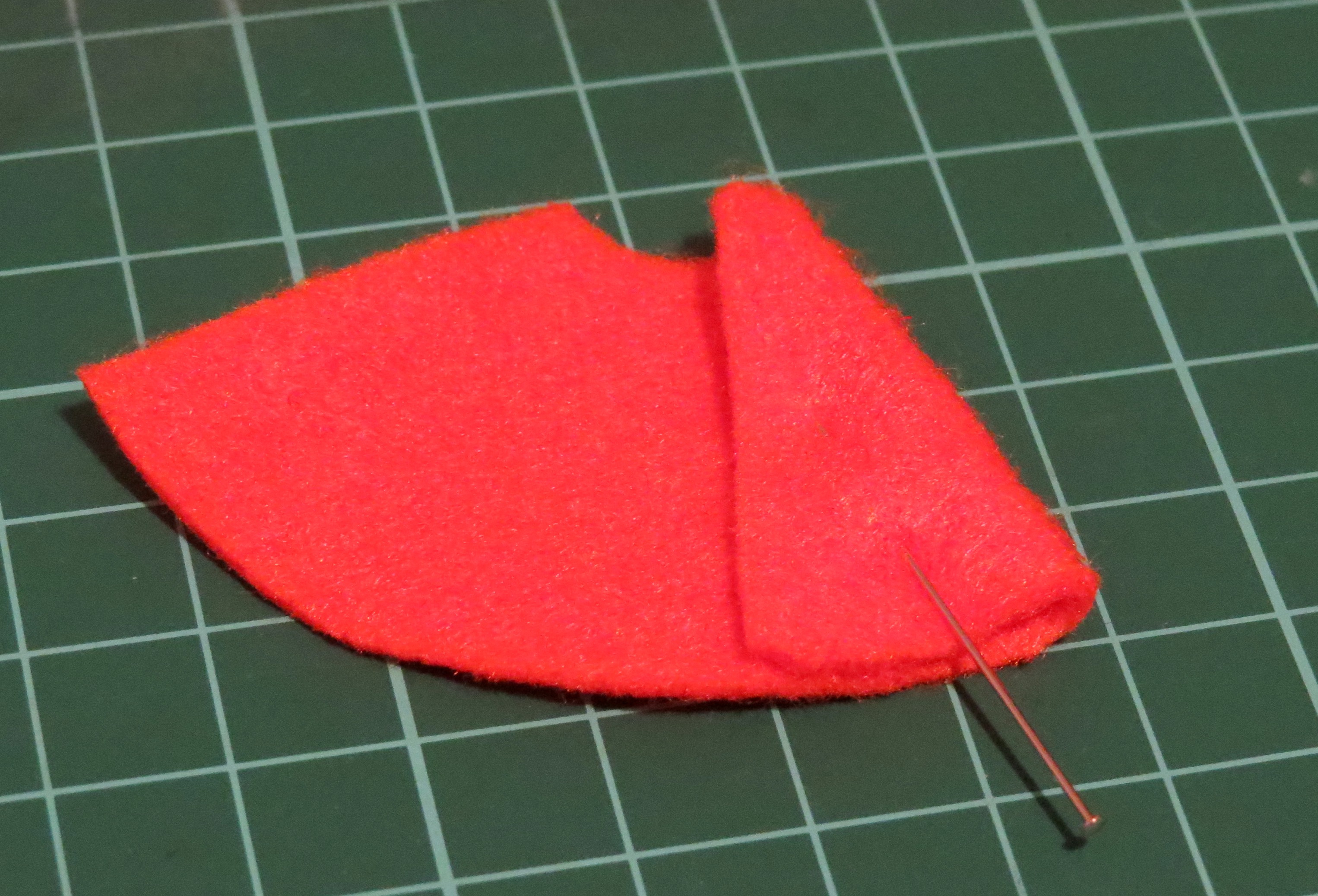 Using the pins (see the picture) mark where the hand will be with pushing the pin through the paper and both layers of fleece. Raise the top piece carefully so that the pins stay put and position the hands. Lower the top piece back and pin well together. 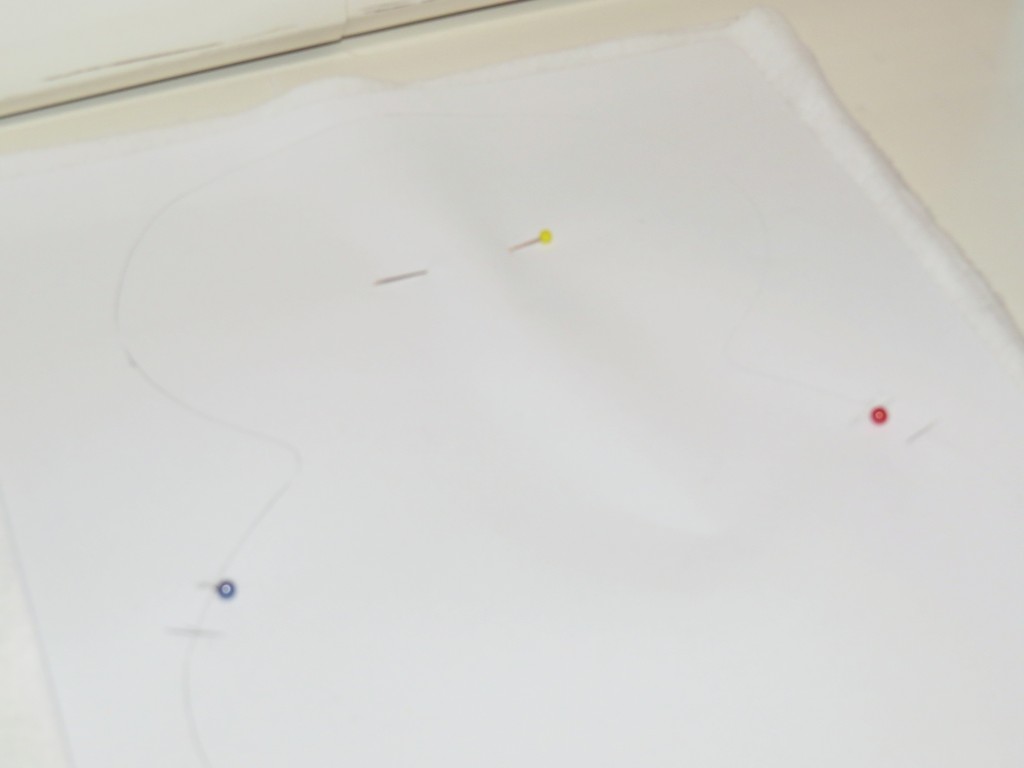 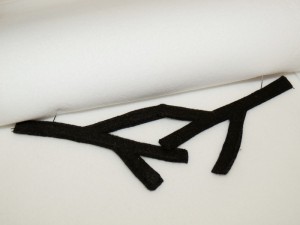 Sew the snowman together following the pattern line on the paper. Leave an opening as marked on the pattern between the legs. 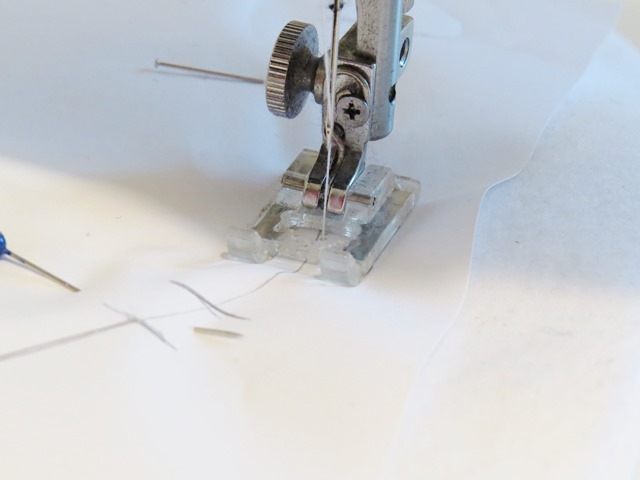 Carefully remove the paper with the pattern. Cut out the snowman from the fleece so that you cut approximately 0,5 cm away from the sewing line, living extra 0,5 cm around the opening, which will make closing the opening much easier later.

Make small cuts where marked with purple stripes on the picture (neck, legs) all the way to the seam, just be careful not to cut through it. 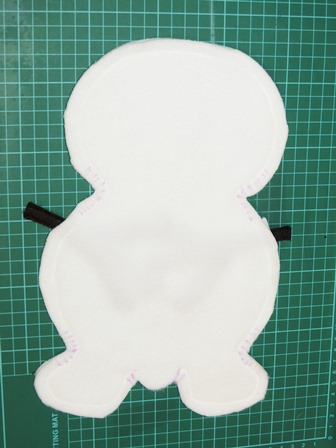 Make a really small cut on the head where you will position the nose. Push the nose from the inside through the little whole leaving just a bit inside. Using white thread sew the nose to the fleece from inside – make sure you sew it firmly because kids will for sure pull his nose. 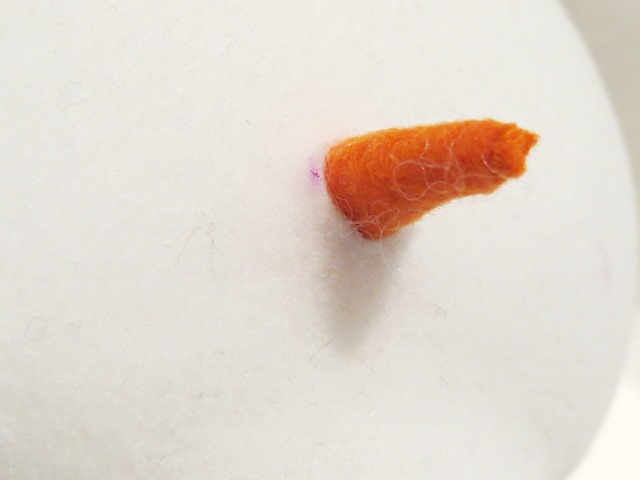 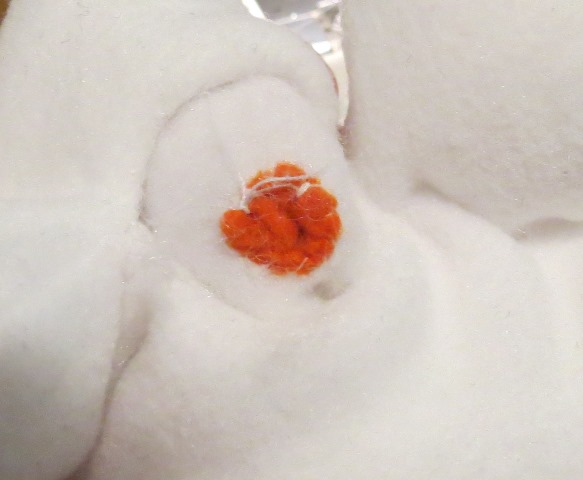 Turn the snowman around through the opening and fill it with filler. Close the opening using the ladder stitch. 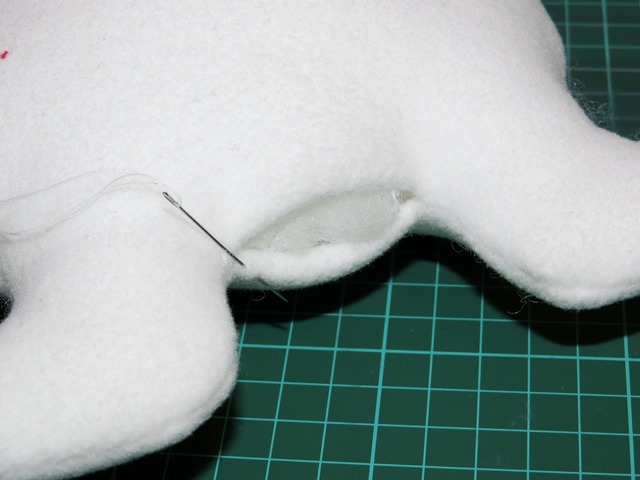 Use a trick pen to draw the position of eyes and mouth. Sew on the buttons. Always start by stabbing the needle from the other side of the head to the front side, so that the end of the thread will be hidden inside the head. Then make three small stitches on the same spot to fix the thread and then sew the eye over these three stitches so that they will not be visible at the end. When you are finished with embroidery, hide the ending under the embroidery and back through the head. The same goes with the mouth and cheeks. 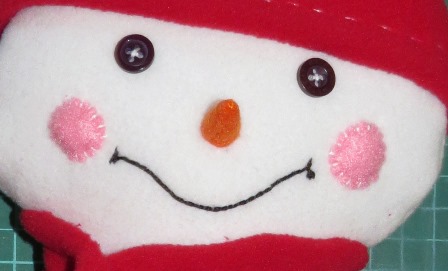 To make sure that snowman will not be cold, you can make him a simple scarf and cap from red fleece. For scarf just cut a long rectangle, add the fringes, and the hole where the scarf will be pulled through. For the cap, sew a tube like on the picture, turn around, and make big running stitches above the top (bottom side on the picture) and tighten. 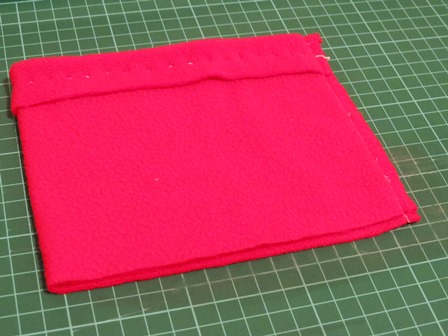 That’s it! Do you think kids will like him? 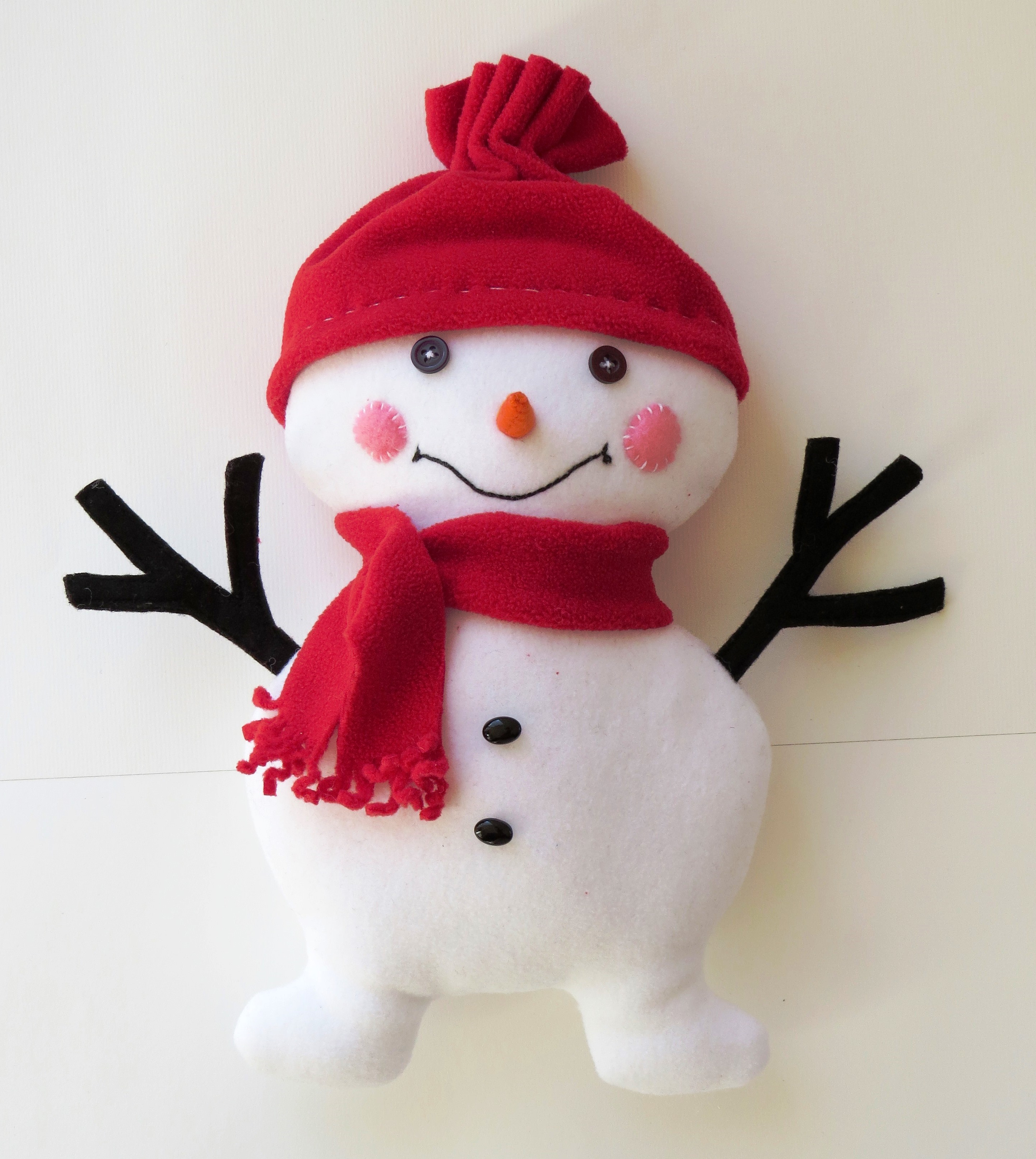 The only thing left is to share a picture of your Lumi the Snowman, your little masterpiece with us on our Facebook or Google+. We would really love to see it.

Do you have any additional ideas how to make this free Lumi the Snowman pattern and tutorial even helpful? Do you like it? I would appreciate your comments in the comments section below. 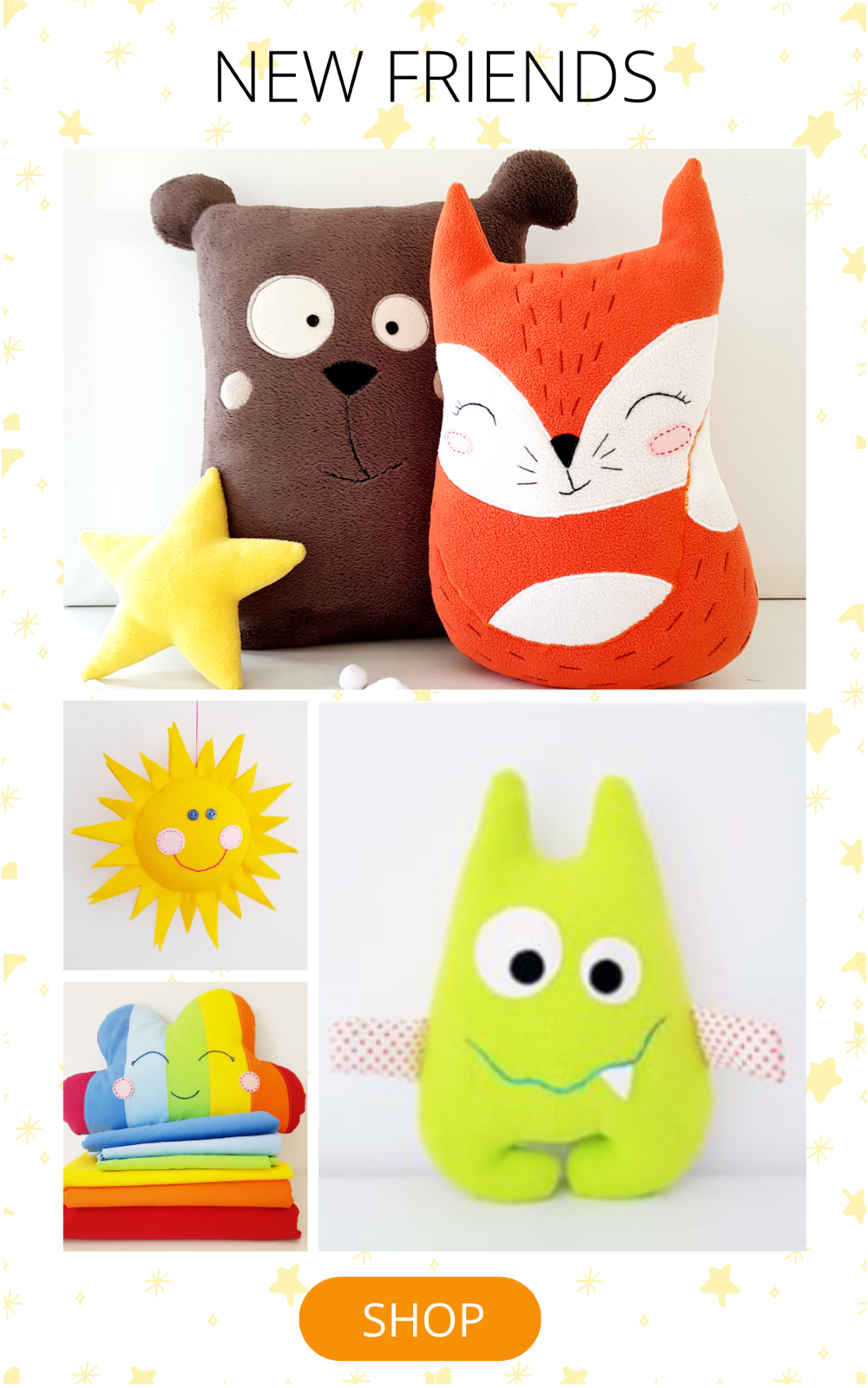 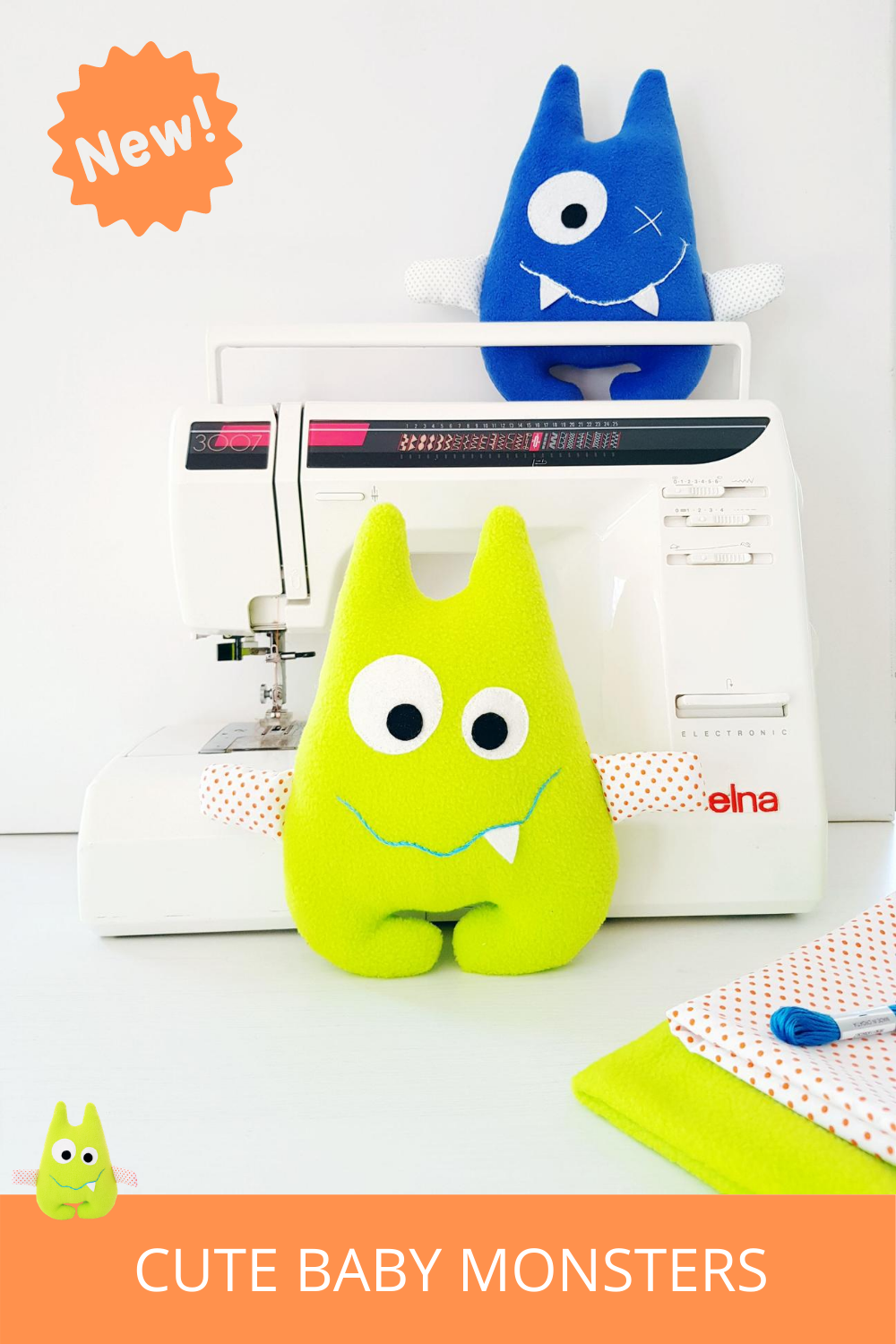 Giveaway rues
© 2023 SewToy. Created for free using WordPress and Colibri
The SewToy website uses cookies, which are essential for the operation of the site, as well as analytical cookies and social media cookies, which help to provide a better user experience. We use cookies on our website to give you the most relevant experience by remembering your preferences and repeat visits. By clicking “Accept”, you consent to the use of ALL the cookies.
Do not sell my personal information
Privacy PolicyACCEPT
Manage consent

This website uses cookies to improve your experience while you navigate through the website. Out of these, the cookies that are categorized as necessary are stored on your browser as they are essential for the working of basic functionalities of the website. We also use third-party cookies that help us analyze and understand how you use this website. These cookies will be stored in your browser only with your consent. You also have the option to opt-out of these cookies. But opting out of some of these cookies may affect your browsing experience.
Necessary Always Enabled
Necessary cookies are absolutely essential for the website to function properly. These cookies ensure basic functionalities and security features of the website, anonymously.
Functional
Functional cookies help to perform certain functionalities like sharing the content of the website on social media platforms, collect feedbacks, and other third-party features.
Performance
Performance cookies are used to understand and analyze the key performance indexes of the website which helps in delivering a better user experience for the visitors.
Analytics
Analytical cookies are used to understand how visitors interact with the website. These cookies help provide information on metrics the number of visitors, bounce rate, traffic source, etc.
Advertisement
Advertisement cookies are used to provide visitors with relevant ads and marketing campaigns. These cookies track visitors across websites and collect information to provide customized ads.
Others
Other uncategorized cookies are those that are being analyzed and have not been classified into a category as yet.
SAVE & ACCEPT